Samsung will introduce a new Galaxy S22 smartphone which is the new Ultra variant. Samsung is working on a new concept phone, which was surfaced online. In starting of 2021 the company launched’s its’s latest S21 series in the market. Now the manufacturer is working on a new smartphone which will be called the Samsung Galaxy S22 Ultra. The smartphone will be powered by Qualcomm SM8450 Snapdragon 8 Gen 1 chipset. The Chipset of the smartphone is also a flagship chipset that can all the high-end specs with accuracy and ease. The new Samsung Galaxy S22 Ultra has a 2.8 GHz Octa-Core processor to give more power to this chipset. 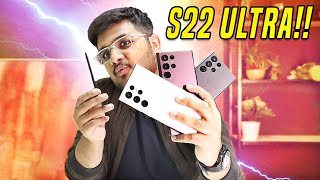